Once every four years, America sits united and glued to our television or device, totally enthralled with every jump, race, routine and event of the Summer Olympics. We get to know the athletes as if they were our personal friends. We cheer them on, gasping at every stumble and tearing up every time our national anthem is played at the medal ceremony. For two weeks, we allow this guilty pleasure to consume us and unite us in a spirit of patriotism.

For the athletes, their memories, excitement and legacy is long-term. These two weeks are the culmination of a lifetime of dreaming, hard work and intense training. They have endured more than the average American can imagine – rigorous competition, extreme sacrifice and even injury at times. All in the hopes that they would someday stand on the podium, draped in an American flag, medal dangling from their neck, listening to our national anthem being played. 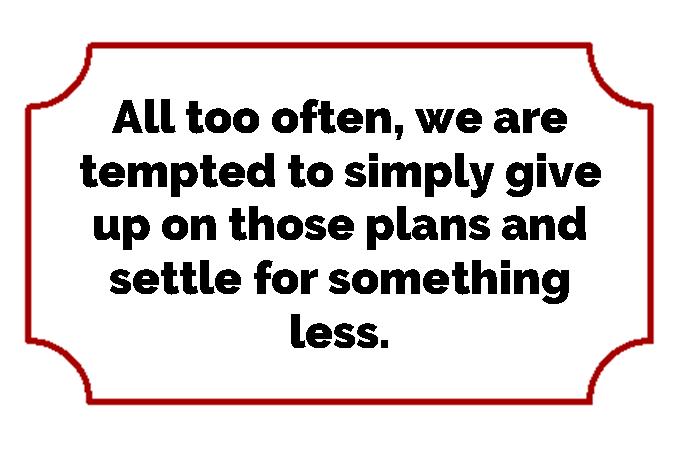 Like Olympic athletes, most of us have a dream that we are working towards. It may not be on the world-wide stage like theirs, but it is our dream and we are working to fulfill it. However, sometimes, “life” has a way of getting in the way of our dreams. Sometimes, something unexpected and unplanned shows up, and interferes with the pursuit of our dreams. We may even make choices that we normally wouldn’t have considered making, all because our life was turning out different than we had planned.

Every Olympian that we have watched these past two weeks has had some kind of obstacle thrown into their path. If they allowed themselves to take their eyes off of the prize of competing in the Olympics, none of them would be in Rio today. Some of these athletes had interrupted dreams because of their own poor choosing (just ask Michael Phelps about that). But rather than giving in, giving up, or continuing to make wrong choices, they have persevered and stayed on course to fulfilling their dream.

So maybe your dream is not quite as grand as setting a world record or gaining national attention. But your dream is just as important as those of anyone else. Don’t allow unexpected events in your life to deter you from pursuing your dream with all the passion you have. Don’t allow hard things to stand in your way. Your very own “gold medal” is waiting!

Have you have an unexpected speed bump in your life that seems to jeopardize your goals and dreams? Talk to someone who can help you make the choices that align with your values, and help get you back on track.

It’s as easy as a phone call or a click of the button to schedule an appointment!